Damage to any of the parts of your wrist can cause pain and affect your ability to use your wrist and hand. Wrist and hand pain may vary, depending on the cause. For example, osteoarthritis pain is often described as being similar to a dull toothache, while carpal tunnel syndrome usually causes a pins-and-needles feeling or a tingling sensation, especially at night. The precise location of your wrist pain also provides clues to what’s behind your symptoms.

Wrist and hand pain can happen to anyone, whether you’re very sedentary, very active or somewhere in between. But your risk may be increased by: 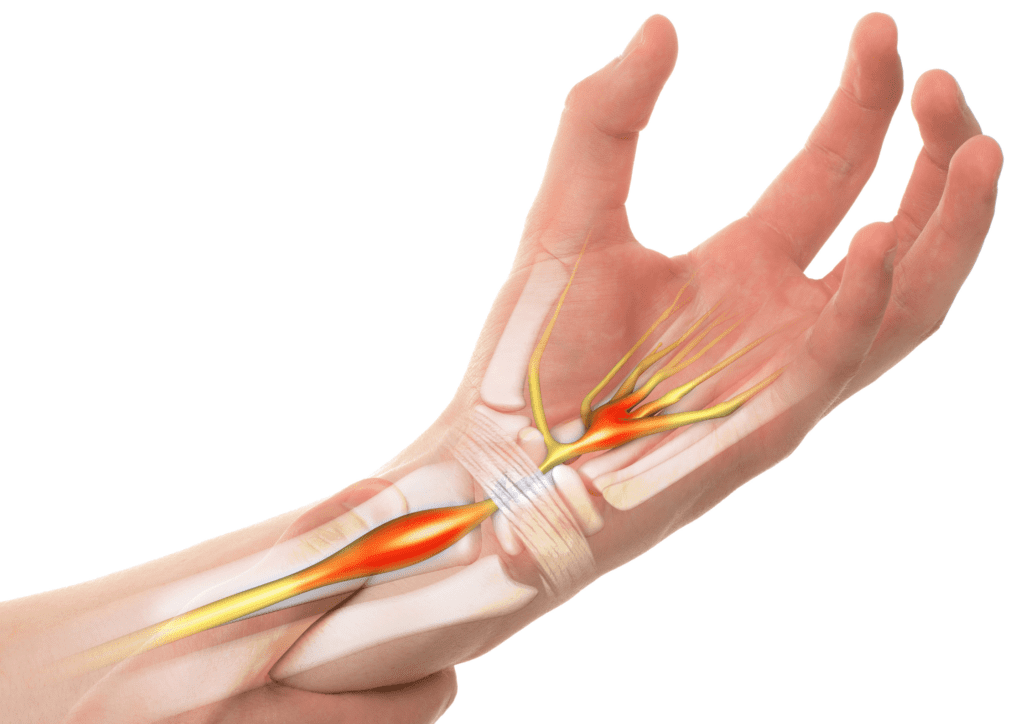 Exemplification of carpal tunnel syndrome, compression of the median nerve 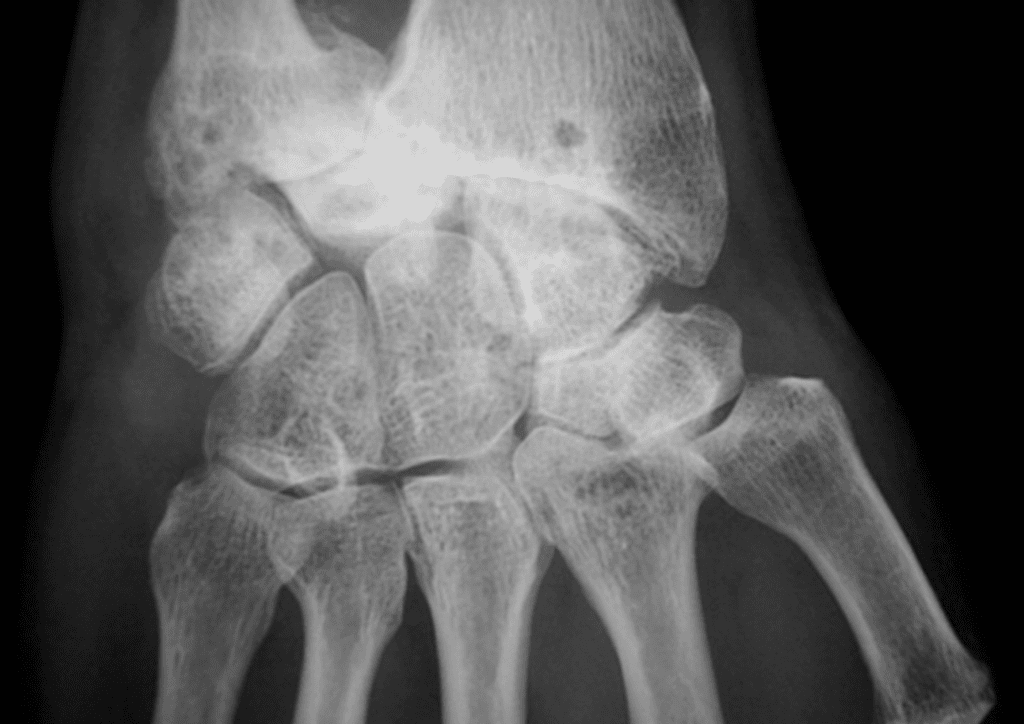 What are the most common causes of Hand and Wrist Pain?

Arthritis involves inflammation of one or more of your joints. Pain and stiffness are common symptoms of arthritis, and when these occur in your wrist, simple daily activities can become more difficult.

Although there are many types of arthritis, the three that most commonly affect the wrist are:

Symptoms of arthritis may include:

Carpal tunnel syndrome is caused by pressure on the median nerve. The median nerve runs from your forearm through a passageway in your wrist (carpal tunnel) to your hand. It provides sensation to the palm side of your thumb and fingers, except the little finger. It also provides nerve signals to move the muscles around the base of your thumb (motor function).

Quervain’s tenosynovitis is a common and painful condition that affects the tendons (tissue that connects muscles to bones) of the wrist. Tendons are rope-like structures that attach muscle to bone. When you grip, grasp, clench, pinch or wring anything in your hand, two tendons in your wrist and lower thumb normally glide smoothly through the small tunnel that connects them to the base of the thumb. Repeating a particular motion day after day may irritate the sheath around the two tendons, causing thickening and swelling that restricts their movement.

Symptoms of de Quervain’s tenosynovitis include:

Some causes of de Quervain’s tenosynovitis include:

Ganglion cysts are the most common mass or lump in the hand. They are most common in younger people between the ages of 15 and 40 years, and women are more likely to be affected than men. These cysts are also common among gymnasts, who repeatedly apply stress to the wrist.

Trigger finger is a condition in which one of your fingers gets stuck in a bent position. Your finger may bend or straighten with a snap like a trigger being pulled and released.

Trigger finger is also known as stenosing tenosynovitis. It occurs when inflammation narrows the space within the sheath that surrounds the tendon in the affected finger. If trigger finger is severe, your finger may become locked in a bent position.

Trigger finger occurs when the affected finger’s tendon sheath becomes irritated and inflamed. This interferes with the normal gliding motion of the tendon through the sheath.

Prolonged irritation of the tendon sheath can produce scarring, thickening and the formation of bumps (nodules) in the tendon that impede the tendon’s motion even more.

Signs and symptoms of trigger finger may progress from mild to severe and include: 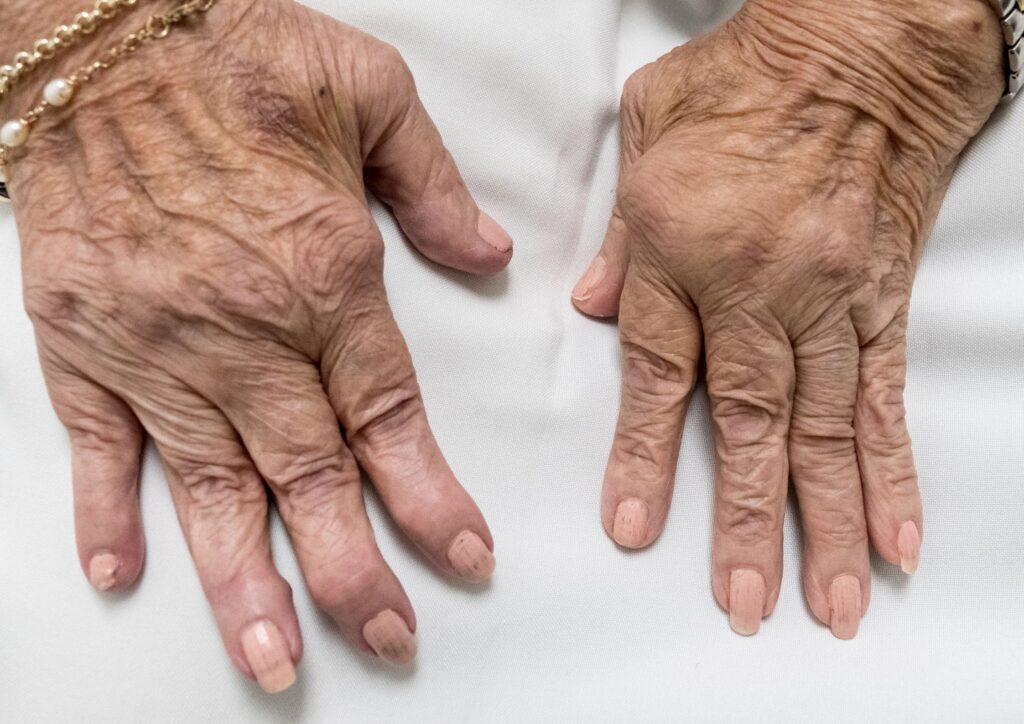 Typical aspect of arthritic hands, a common cause of hand pain

The human blood contains red and white bloods cells, platelets and plasma. PRP refers to blood plasma that contains a large  concentration of platelets. Platelets contain the necessary bioactive proteins and growth factors to repair and regenerate human tissue. PRP injections produce regeneration and repair of damaged tissues. At regenecare we obtain great results of pain relief and improvement of function with our PRP protocol. 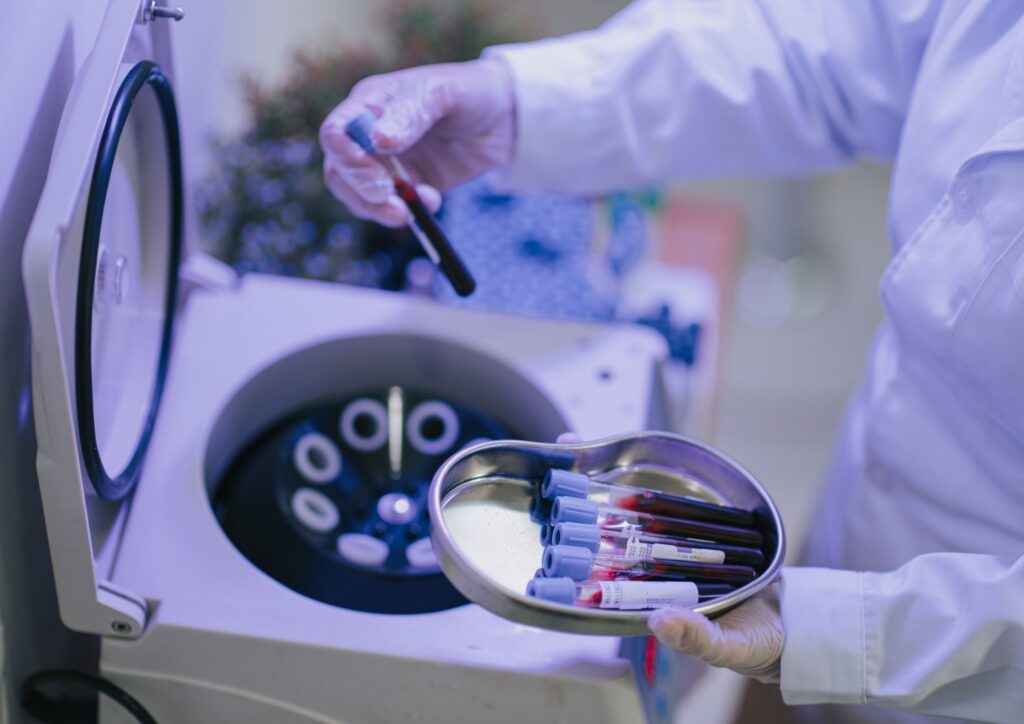 Steroid injections generally help relieve pain and swelling and make movement easier. Steroids are powerful anti-inflammatories that, when injected directly into the pain site, greatly reduce inflammation and thus pain. The steroid is injected directly into the painful joint. The benefits can last for several months and the side effects are minimal with proper administration. 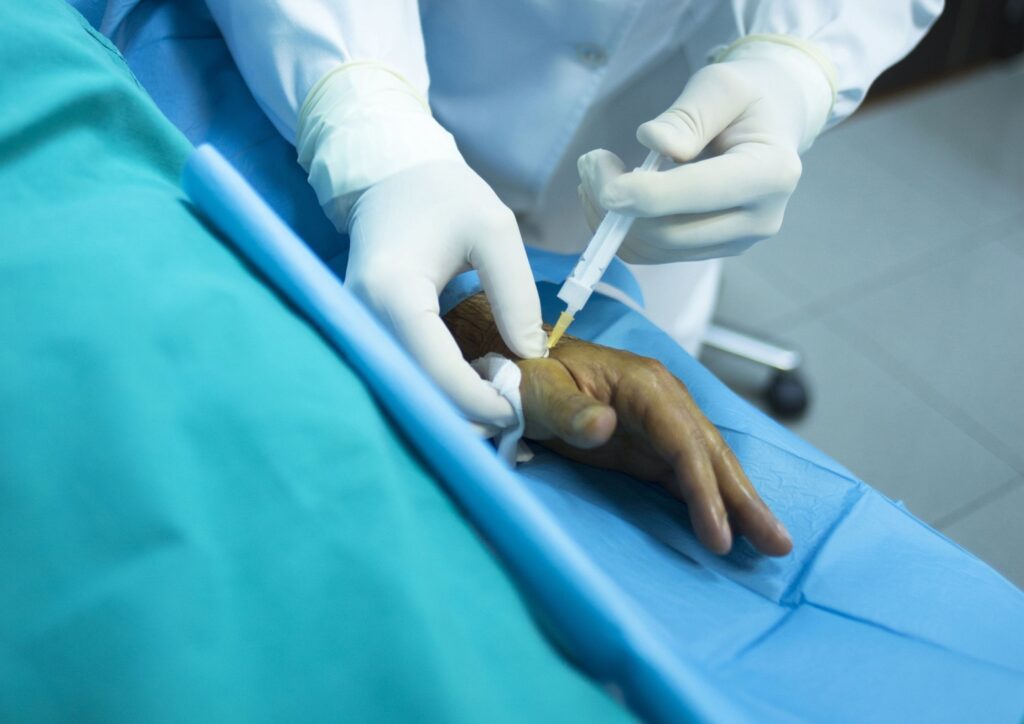 Nerve hydrodissection sounds like a great procedure, but it isn’t. Nerve hydrodissection is a technique used to treat peripheral nerve entrapments. It involves the use of an anesthetic or a solution, such as a saline solution, to separate the nerve from the surrounding tissue, fascia, or adjacent structures to relief the pain. 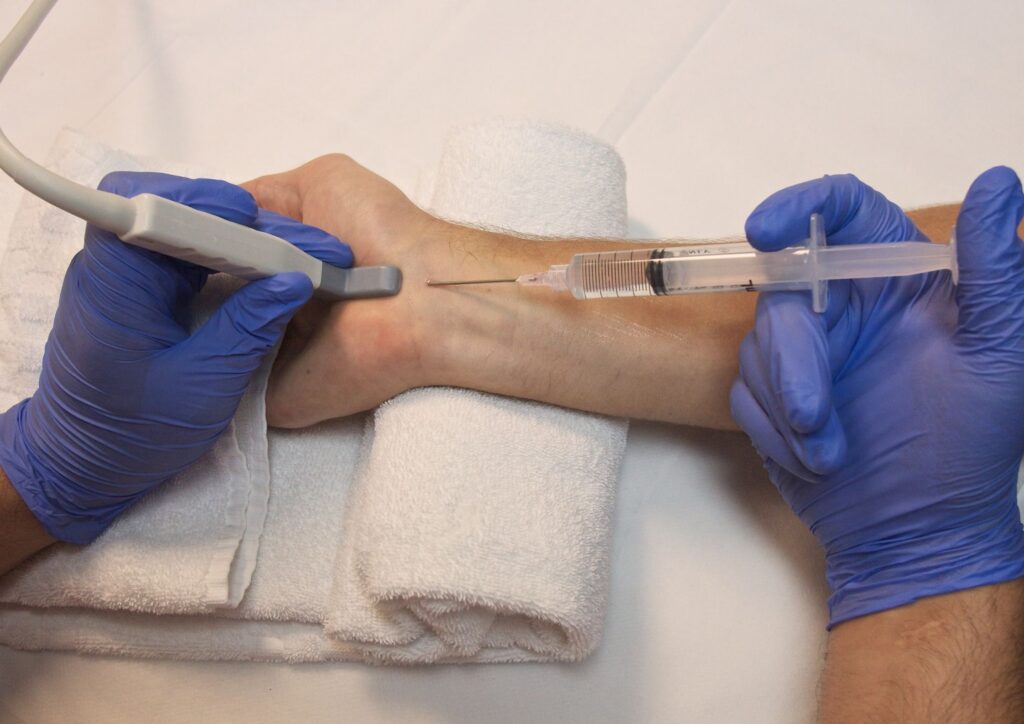 Nerve Hydrodissection is an ultrasound-guided technique with magnificent immediate results

Am I a good candidate for this treatments?