The temporomandibular joint (TMJ) is located in front of each of your ears, where your skull and lower jaw meet. It allows your lower jaw (mandible) to move.
The TMJ is a hinge and gliding joint and is the most constantly used joint in the body. The round upper end of the lower jaw, or the movable portion of the joint, is called the condyle; the socket is called the articular fossa. Between the condyle and the fossa is a disk made of cartilage that acts as a cushion to absorb stress and allow the condyle to move easily when the mouth opens and closes.

TMJ dysfunction is most common in those 20 to 40 years of age and is more common in women than in men. The exact cause of a person’s TMJ disorder is often difficult to determine. Your pain may be due to a combination of factors, such as genetics, arthritis or jaw injury. Some people who have jaw pain also tend to clench or grind their teeth (bruxism), although many people habitually clench or grind their teeth and never develop TMJ disorders.

Signs and symptoms of TMJ disorders may include: 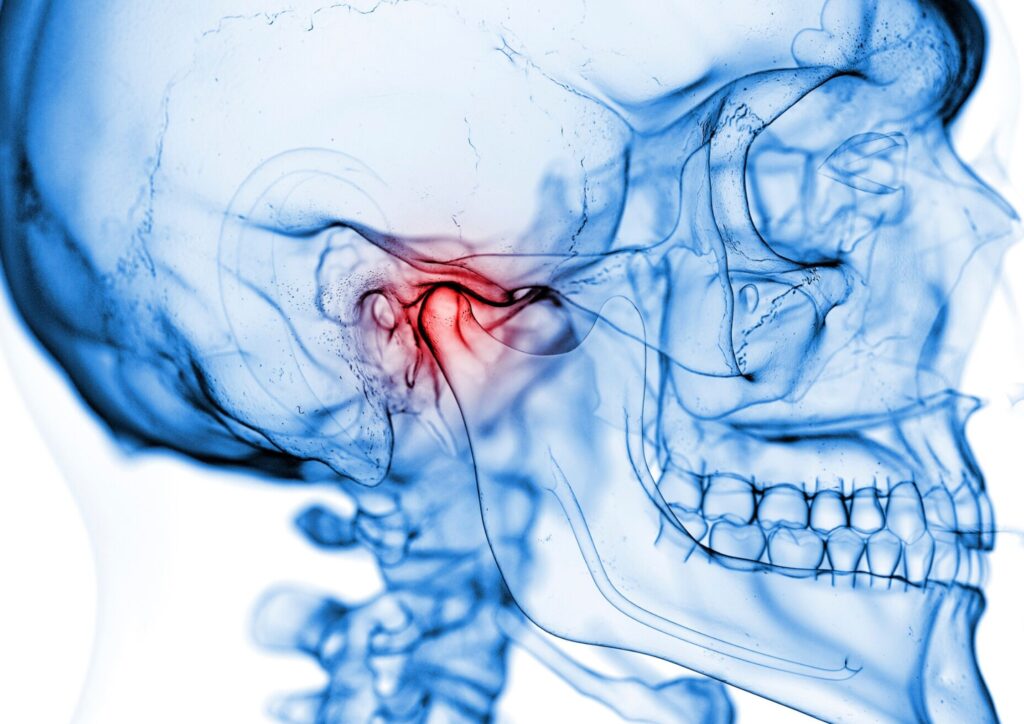 Image of the temporomandibular joint

Bruxism is a condition where you grind, grind, or clench your teeth. If you have bruxism, you may unconsciously clench your teeth when you are awake (awake bruxism) or clench or grind your teeth during sleep (sleep bruxism). Sleep bruxism is considered a sleep-related movement disorder. People who clench or grind their teeth (brux) during sleep are more likely to have other sleep disorders, such as snoring and pauses in breathing (sleep apnea).

We don’t fully understand what causes bruxism, but it can be due to a combination of physical, psychological, and genetic factors.

Typically we classify Bruxism into 2 types:
Waking bruxism can be caused by emotions such as anxiety, stress, anger, frustration, or tension. Or it may be a coping strategy or habit during deep concentration. Sleep bruxism may be a sleep-related chewing activity associated with awakenings during sleep.

The risk factors that have been identified for the development of Bruxism are:

Arthritis in the TMJ

Osteoarthritis is a common form of degenerative arthritis, which can affect any joint in your body. It’s associated with joint overuse, and it becomes more common as you age.

Osteoarthritis of the jaw is characterized by the destruction of the hard and soft tissues around the jaw joints. This can change the shape and functioning of the jaw.

Jaw damage may be on one or both sides of the jaw. Arthritis in the jaw can produce symptoms of TMJ disorders. These can include: Chronic inflammation, Cartilage deterioration and Restriction of movement.

The progression and severity of TMJ disorders depend on the type of arthritis involved. The mechanism of how arthritis cartilage degeneration results in TMJ disorders isn’t fully understood.

Stress is a normal human reaction that happens to everyone. In fact, the human body is designed to experience stress and react to it. When you experience changes or challenges (stressors), your body produces physical and mental responses. That’s stress.

Stress responses help your body adjust to new situations. Stress can be positive, keeping us alert, motivated and ready to avoid danger. For example, if you have an important test coming up, a stress response might help your body work harder and stay awake longer. But stress becomes a problem when stressors continue without relief or periods of relaxation.

Physical stress, mental stress, and emotional stress can all lead to the onset of TMJ dysfunction or cause an existing disorder to become worse. Whereas you may notice an occasional tightness in the joint along with mild popping or clicking, stress can make the symptoms more frequent and more painful. 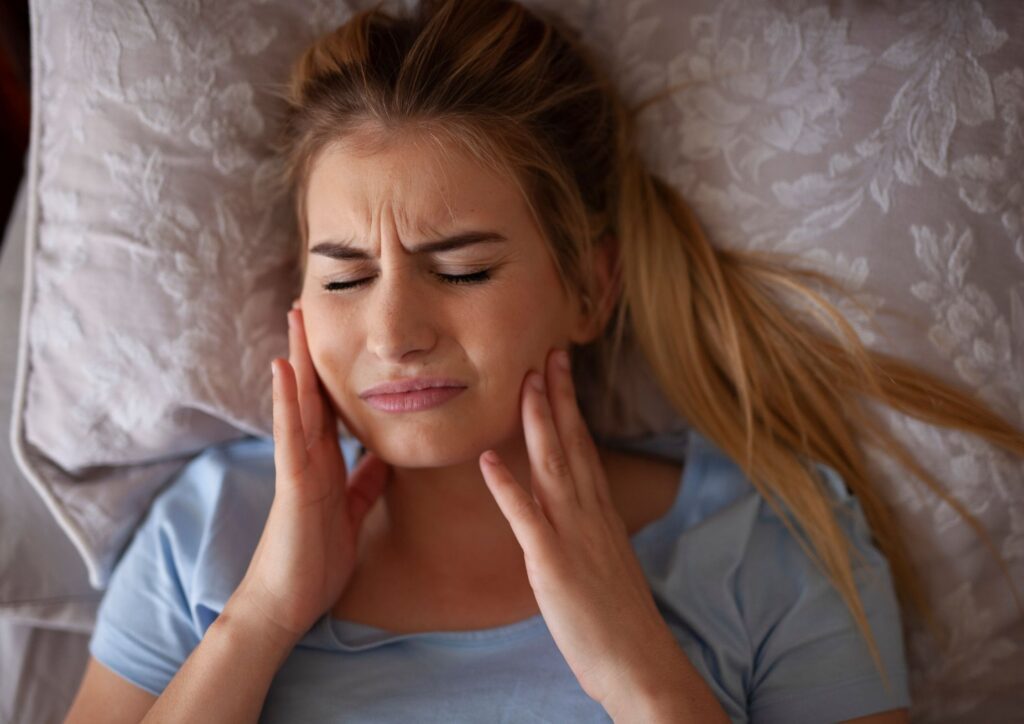 Stem cells are found throughout the body and have the potential to become any type of cell, including those found in cartilage. They can help the body regenerate tissue by stimulating healing and reducing the painful effects of osteoarthritis. And furthermore, researchers believe adult stem cells can repair and replace cartilage as well as other tissue damaged by arthritis. In the same way, this treatment prolongs the longevity of the joint.

Animation video of the division process of a stem cell that exemplifies cell proliferation in a damaged tissue by repairing it. 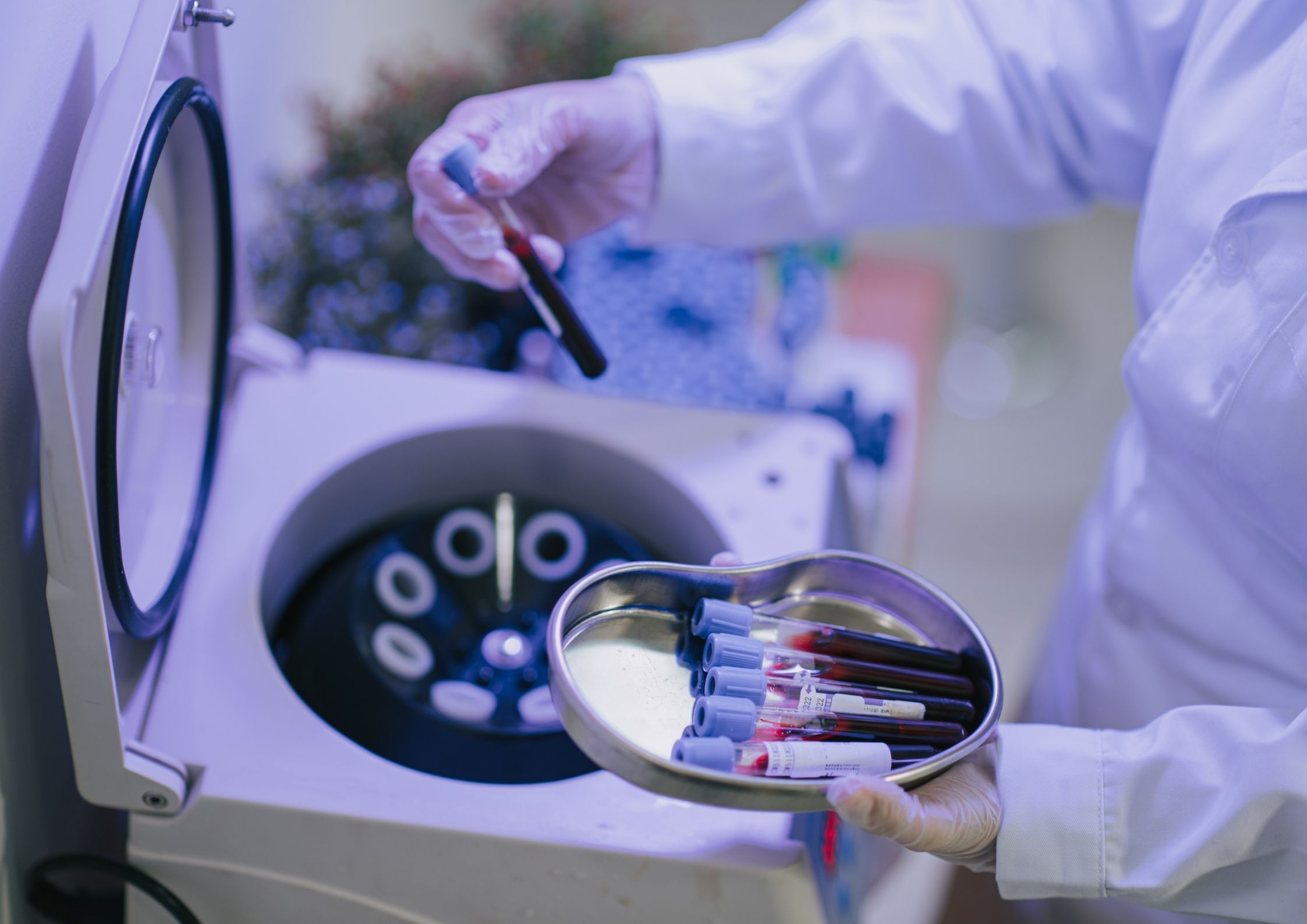 Steroid injections generally help relieve pain and swelling and make movement easier. Steroids are powerful anti-inflammatories that, when injected directly into the pain site, greatly reduce inflammation and thus pain. In the case of the Temporomandibular Joint, the steroid is injected directly into the painful joint. The benefits can last for several months and the side effects are minimal with proper administration. 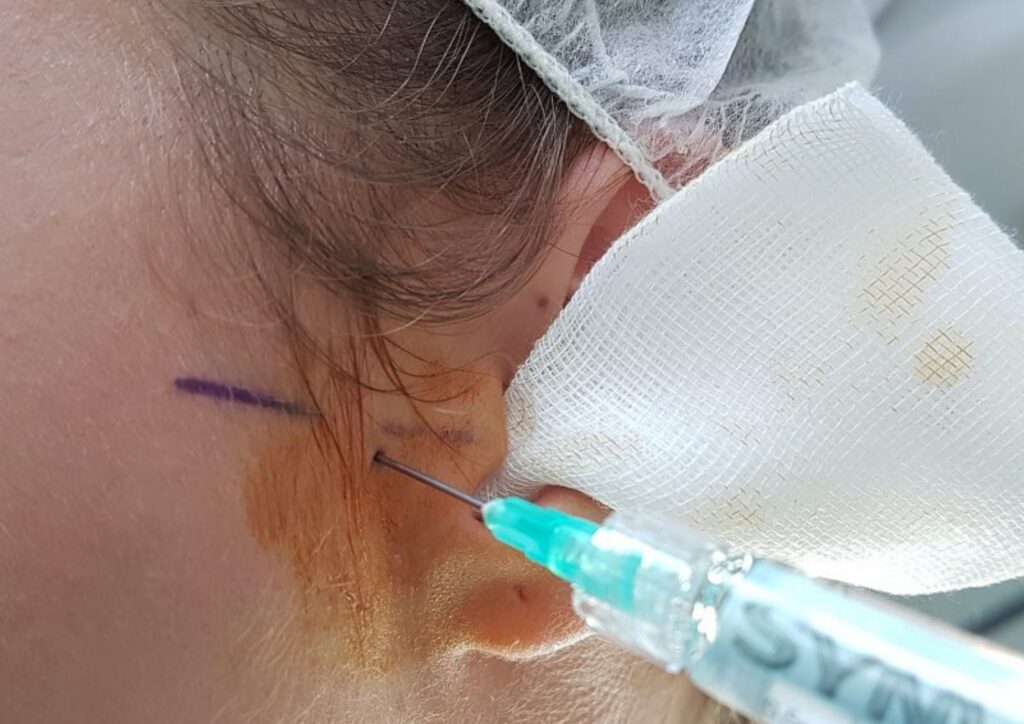 Botulinum toxin injection is used as an alternative treatment for TMJ (temporo-mandibular joint) disorders and associated jaw tension and pain. When injected into facial muscles afflicted with soreness and discomfort, relieves TMJ and jaw tension for many patients. The injections often eliminate headaches resulting from teeth grinding, and, in cases of severe stress, botulinum toxin can even minimize lock jaw. 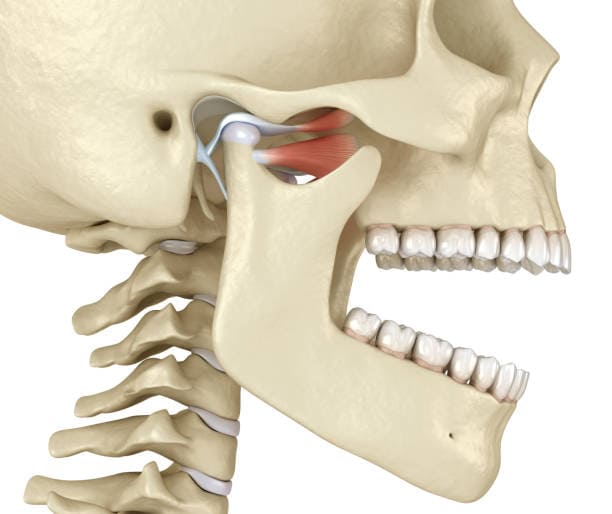 In most cases, the pain and discomfort associated with TMJ disorders are temporary and can be relieved with self-managed protocols such as exercising the jaw muscles to reduce teeth clenching. Surgery should typically be the last resort after all conservative measures have failed.

For years these were the only available line of treatment along with pain killers and anti-inflammatory medications. The management of TMJ Disorders or Pain has been recently revolutionized by Stem Cell Treatments using a bone marrow cellular extract from the patient with excellent results.

At Regenecare Pain Management Clinic we offer Regenerative treatments that are office-based, under local anesthesia, and is no different than visiting your dentist and should take no longer than 1 – 2 hours. In Severe cases, more than one treatment may be needed, but with results achieved have been life-changing for our patients.